Car insurance is about to get more expensive in Massachusetts 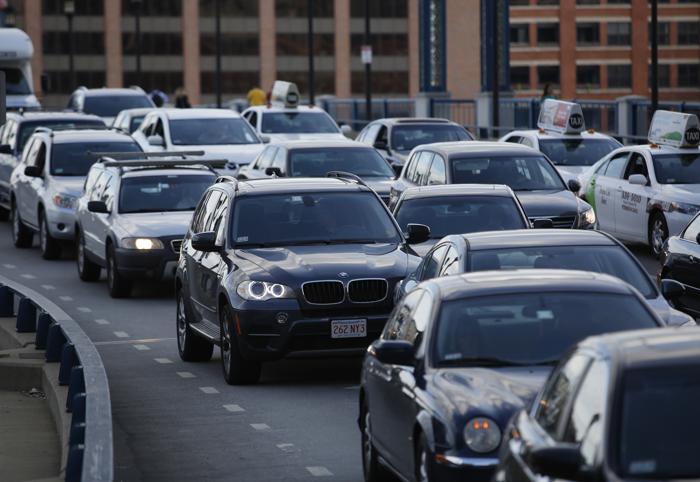 Car insurance premiums are rising for many Massachusetts drivers as insurers recover losses from a harsh, snowy, and slippery winter, and an improving economy encourages more driving — and more accidents.

Insurers are boosting their overall rates by as much as 6 percent this year, according to filings with the Massachusetts Division of Insurance, continuing the trend of steadily rising premiums over the past few years. Expect premiums to swell again next year, too, industry officials said, because insurers are spending more money on claims this year.

“The primary reason for the increase is due to the rising costs of medical payments and auto repairs,” said Jim Hyatt, a senior vice president for Quincy-based Arbella Insurance, which will increase its rates by 2.4 percent.

Boston-based Safety Insurance will raise rates by 3.8 percent starting June 1. Liberty Mutual, which has the second-largest share of the Massachusetts auto insurance market, raised rates an average of nearly 5 percent in April, following a 7 percent increase in 2014. Nationwide Insurance will increase its rates by 6 percent on new and renewing customers starting in July.

A few companies are lowering rates. The largest auto insurer in the state, Mapfre Insurance, until recently known as Commerce Insurance, submitted regulatory paperwork earlier this year to decrease overall rates by 1.3 percent.

Premiums dropped sharply after the state deregulated the auto insurance industry in 2008 and stopped setting rates, but they have rebounded to exceed the average premiums before deregulation. The average annual premium for Massachusetts drivers was $1,048 in 2012, up from $971 in 2008, according to the latest data from the National Association of Insurance Commissioners.

As insurance costs rise, it’s important for consumers to compare rates from at least three carriers to get the best price, said Ting Pen, founder of ValuePenguin.com, a consumer research and data website. Pen said insurers are passing on the costs of paying “a higher number of claims and higher dollar amounts per claim.”

Industry officials say a confluence of factors is responsible. Gas prices, which bottomed out in Massachusetts at $2.06 in February, have saved drivers money at the pump but encouraged them to get behind the wheel more often, increasing their chances of accidents.

The improving economy and job market have boosted auto sales and put more new cars on the road — cars that are more expensive to repair and replace.

Add the polar vortex that brought icy conditions in 2014 and the record snowfall in Massachusetts this year, and the results are dented bumpers, damaged side panels, and pileups.

There is “a huge increase for increased activity in body shops,” Allstate’s president, Matthew Winter, said in a call with investors this month. Allstate has raised rates in Massachusetts 3 percent, on average.

Insurers doing business in Massachusetts can submit rate increases to state regulators at any time. Officials at the Division of Insurance review rate requests to ensure that companies need the increased premiums to pay for claims, and not to simply pad their profits.

More insurers may submit rate increases in the coming months to address losses from the first three months of 2015 .

For example, Safety Insurance reported about $112 million in catastrophe losses in the first quarter, forcing the company for the first time to tap its own insurance policy so it had money to pay claims. Just as individuals see increased premiums after they make claims, so do insurance companies.

Liberty Mutual, which raised rates last year and again this year, said its prices are still competitive and that it has gained customers in Massachusetts. Liberty increased its share of the state market to about 13 percent in 2013 from 8 percent in 2007, said Glenn Greenberg, a spokesman.

“We believe our rates remain among the most competitive in the marketplace and we provide great value,” he said. “Customers are responding favorably.”